Junk cars are terrible for the environment.

While no vehicle is exactly easy on Mother Nature, a car left out to rot can pose a lot of concerns for people and wildlife.  Scrapped cars are not biodegradable like organic waste and can leak harmful chemicals out into the ground and water supplies.  The plastic and rubber on these cars sticks around for decades unless it’s recycled and repurposed into something else.  Whether you live in spacious Bourbonnais or a hectic street in Chicago, that rotting car is not just a headache and taking up space but a danger to the world at large.

Fluids – All of the old coolant, brake fluid, fuel and oil have to go somewhere and unfortunately it’s leeching into the soil the junk car is sitting on.  From this point it can get into the very water supplies we rely on.  It can also cause devastation to the ecosystem because once it contaminates the soil, the bugs become contaminated.  Those bugs are eaten by small animals and birds who are eventually eaten by larger animals and so on.  All of these dangerous fluids are saturating food, water and our land.

CFCs – Known as chlorofluorocarbons, these harsh chemical compounds have been blowing into our atmosphere since the 1930s.  In recent decades, laws have been passed to restrict CFC creation and consumption.  While newer vehicles release far less noxious chemicals than before, it still means that any old cars still running are spewing more harm than good.  These CFCs get into our ozone and break down the protective layer, contributing to climate change.

Whether a car is running or not, it’s still impacting the world around us in some pretty negative ways.  In order to reduce the problem posed by clunkers or older cars, the best solution is to recycle them.  By selling them to junk car companies, the components can be recycled properly and much of the vehicle repurposed.  Z.A.T. Cash For Junk Cars in Bourbonnais will give you cash that same day and tow the car away at no cost to you.  Instead of letting that old car hog up space in your driveway or break down and release some bad muck into the earth, give Z.A.T. Cash For Junk Cars a call at 773.908.2622 and have that scrap car recycled the right way! 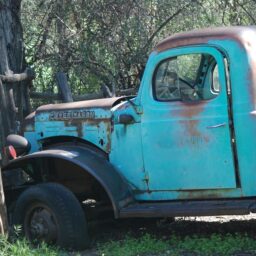 When it comes to every day break downs or needing to get rid of an eyesore in Chicago, ZAT Cash For Junk Cars has you covered! 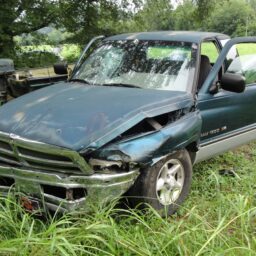 If you have a Ram pickup truck and you’re ready to sell it but you’re not sure what to do with it, you’re in the right place. You can sell Dodge Ram for cash. 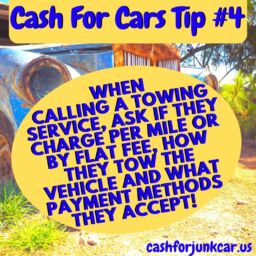 Breakdowns and accidents can be major hassles but by getting the answers to these few simple questions, you can save yourself a ton of time, headache and money! 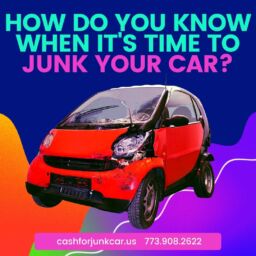 How Do You Know When It’s Time To Junk Your Car?

Find out if your car or truck has finally reached the point where it can no longer help make life easier and how you can still make money off of it! 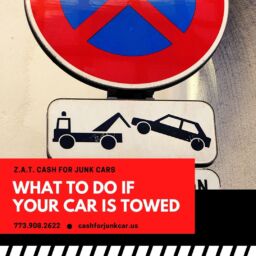 What To Do If Your Car Is Towed

Having your vehicle towed can be an added headache you may not need but getting it back is easy with these simple steps! 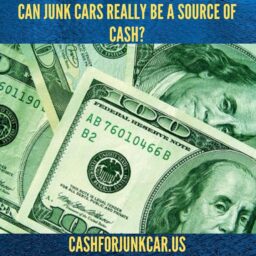 Can Junk Cars Really Be a Source of Cash?

Your damaged car can also bring in a massive amount of money, which requires just a timely decision. The Cash for junk car system has become popular in many countries worldwide, including the United States. Learn about the process and turn a discarded car into an asset. 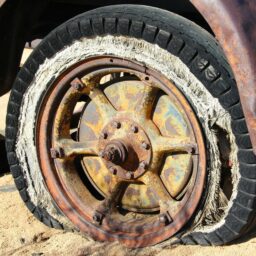 When you find yourself stranded with a failing vehicle, have our fast and dependable ZAT Cash For Junk Cars towing service come to the rescue! 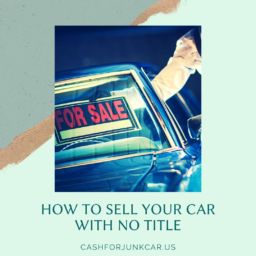 How To Sell Your Car With No Title

Instead of worrying about how to sell your car without a title, contact Z.A.T. Cash For Junk Cars and let our specialists help you unload that burden! 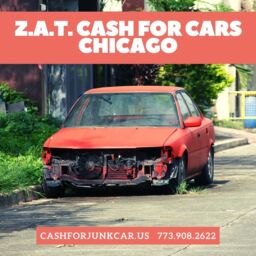 When it’s time to get rid of that old clunker taking up space, find out why most folks rely on the fast, friendly service of Z.A.T. Cash For Cars Chicago pros! 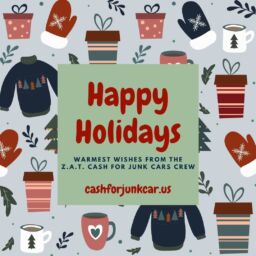 Best Wishes For A Happy Holiday!

On behalf of everyone here at Z.A.T. Cash For Junk Cars, have a very Merry Christmas and a joyous holiday season full of glad tidings and good health! 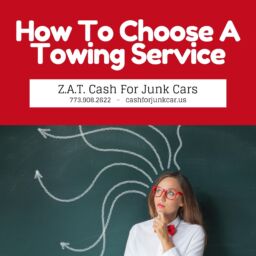 How To Choose A Towing Service

When it comes to choosing a towing service to pull you out of vehicle distress, there are some significant factors you need to consider! 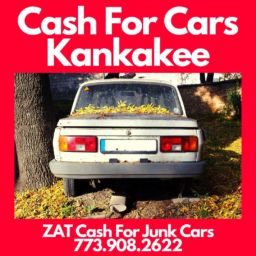 Find out some of the most frequently asked questions about our ZAT Cash For Junk Cars Kankakee area services! 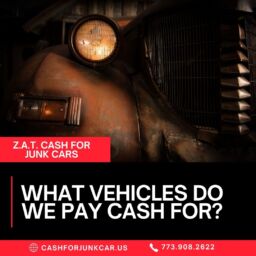 What Vehicles Do We Pay Cash For?

Worried about the condition of your car? You may be surprised to learn the type of vehicles Z.A.T. Cash For Junk Cars will buy! 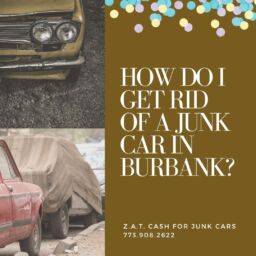 How Do I Get Rid Of A Junk Car In Burbank?

When you find yourself with a clunker that absolutely must go, contact the pros at Z.A.T. Cash For Junk Cars and make some cash off that eye-sore! 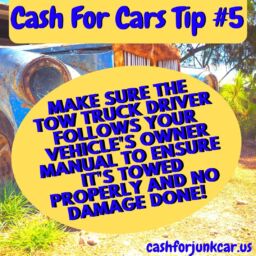 Be sure the tow truck driver understands how your particular vehicle needs to be properly towed otherwise you’re looking at significant damage occurring!